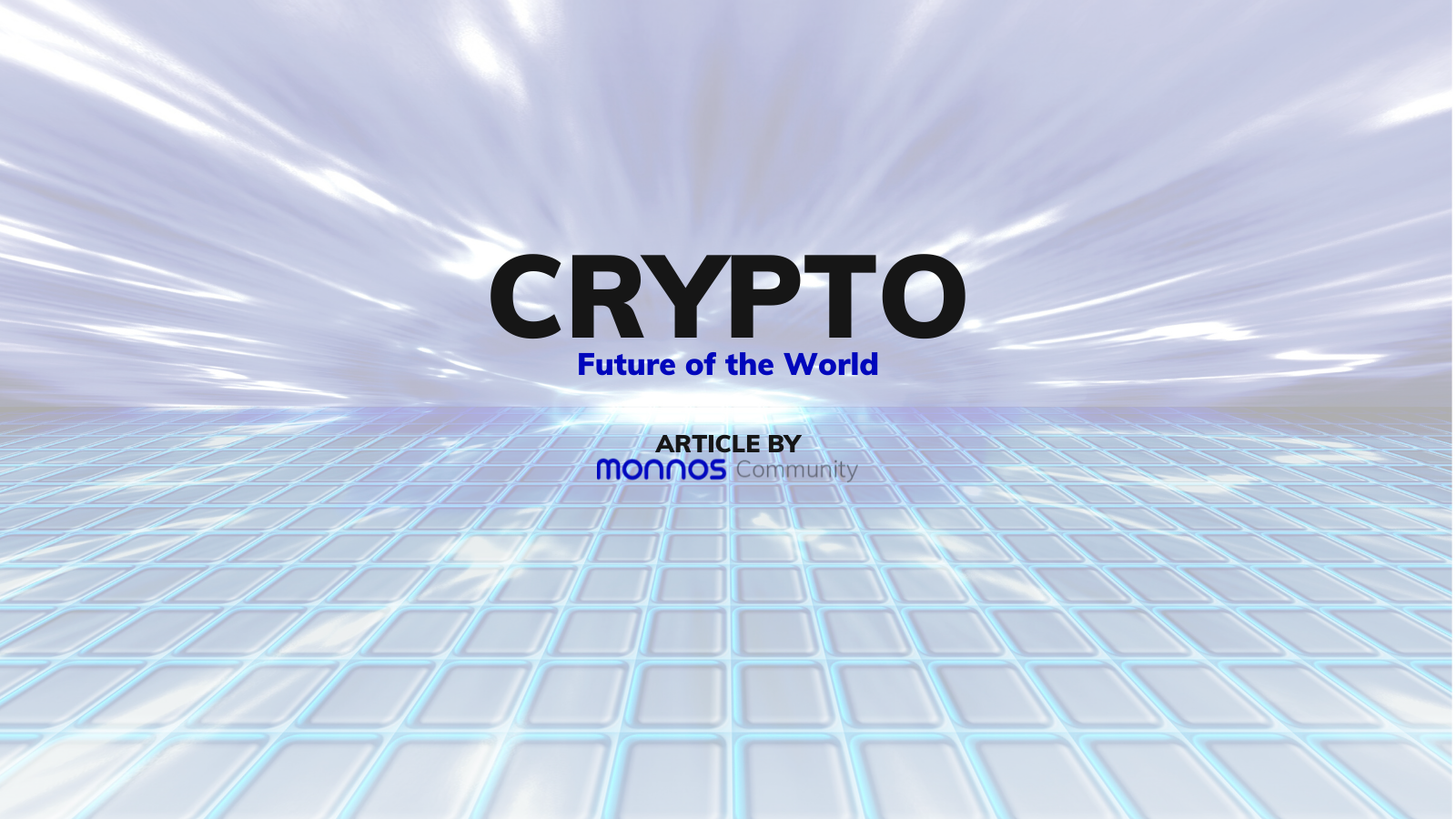 Cryptocurrency, also called digital currency, is digital money. That means there are no physical coins or bills – everything is online. You can transfer a cryptocurrency to someone on the internet without an intermediary, such as a bank. The best-known cryptocurrencies are Bitcoin and Ethereum, but new cryptocurrencies continue to be created.

Cryptocurrencies can be purchased with a credit card or, in some cases, through a process called “mining.” Cryptocurrencies are stored in a digital wallet or purse, either online, on your computer, or on other physical media.

An advice from me, who write that article. No one can guarantee that you will earn money.

Anyone who promises you a guaranteed return or dividend is likely to be a scammer. Just because an investment is well known or endorsed by a celebrity does not mean it is a good or safe thing. That applies to both cryptocurrencies and more traditional investments. Don’t invest money that you can’t afford to lose.

How to pay with a cryptocurrency

If something goes wrong, credit cards and debit cards have legal protections. For example, if you have to dispute a purchase, your credit card company has a process to help you get your money back. Crypto payments are generally irreversible. Once you pay with a cryptocurrency, you can only get your money back if the seller sends it back to you.

Before buying something with a cryptocurrency, find out the seller’s reputation and address and how to contact him if a problem arises.

1- Cryptocurrencies are not backed by a government.

2- Cryptocurrencies are not insured by the government as are bank deposits in the US.  That means that cryptocurrencies stored online don’t have the same protections as money deposited in a bank account.

If you store a cryptocurrency in a wallet or digital wallet provided by a company, and the company ceases operations or suffers a computer attack, the government may not be able to act and help you recover the money as it could with the money. It is kept in banks or credit unions.

Depending on the crypto-currency, the information added to the blockchain may include data such as the amount of the transaction. The information may also include the addresses of the sender’s and receiver’s wallet or purse – a long chain of numbers and letters linked to a digital wallet or purse that stores cryptocurrencies. Both data, the amount of the transaction and the addresses of the purse or wallet could be used to identify the people who are using it.

Are you about to invest in cryptocurrencies now?

As with any other investment, before you invest in a cryptocurrency, know what the risks are and learn how to spot a scam. Here is a list of some of the things to be careful about when considering your options.

Abstract Every day the world moves rapidly generating changes, we have developed new products, services, and business systems. Today businesses compete in a totally dynamic environment due to globalization, technological and process changes are becoming faster and that due to information technologies that motivate companies to take advantage of greater connectivity inside and outside their borders to improve performance.

Ecuador is inclusive has made officials becoming the first country to formalize these systems including a new recently approved law called Monetary Code, which included an electronic currency that allows some independence Dollar pattern and possible non-payment of seigniorage from the use of this currency.

A search on an expedited basis of modern systems for transactions and trade is evidence that they occur more vigorously within the same economic symbiosis tired of the abuse of the traditional international monetary system. Physical currency transactions (currency) in the traditional system have always been associated with international banks after Breton Woods ushered in the 50 largest banks (Top fifty) dominate this business.

Quite the opposite, in this new digital economic system also based on free-market, allow online payments through a website or mobile telephony., Also the creation of payment gateways (PayPal, Perfect Money, Payoneer; Okpay, Clickbank, Neteller…).

The power of the banking system and the media Pro system may no longer control the flow of virtual money. There are transactions that are beyond the political, economic and banking supervision, this could become a threat to the financial system in place, and the average citizen is at the crossroads to escape the prevailing banking cannibalism.

Digital currency is a double-edged sword. On the one hand, the blockchain technology that it relies on has been decentralized and can be used in other fields than digital currency. This is one of the reasons why Bitcoin is popular.

On the other hand, if digital currency is widely used by the public as a currency, it will have a huge impact on the effectiveness of monetary policy, financial infrastructure, financial markets, and financial stability.

If digital currency is widely accepted and functions as a currency, it will weaken the effectiveness of monetary policy and make policy development difficult. Because digital currency issuers are usually unregulated third parties, the currency is created outside the banking system, and the volume of circulation is entirely dependent on the issuer’s will, which will make the money supply unstable and the authorities cannot monitor the numbers The issuance and circulation of the currency make it impossible to accurately judge the economic operation, which causes trouble to policy formulation, and also weakens the effectiveness of policy transmission and implementation.

The decentralized mechanism of value exchange based on distributed ledger technology has changed the basic setting of total and net settlements that financial market infrastructure depends on. The use of distributed ledgers also poses challenges for transactions, clearing, and settlement, as it can facilitate the disintermediation of traditional service providers in different markets and infrastructures. These changes may have a potential impact on market infrastructure outside the retail payment system, such as the large payment system, the securities settlement system or the transaction database.

If digital currencies and distributed ledger-based technologies are widely used, they will challenge the intermediary role of current participants in the financial system, especially banks. Banks are financial intermediaries, performing their duties as acting supervisors and supervising borrowers on behalf of depositors. Generally, banks also carry out liquidity and maturity conversion services to realize the financing of funds from depositors to borrowers. If digital currencies and distributed ledgers are widely used, any subsequent disintermediation may have an impact on savings or credit assessment mechanisms.

In my opinion and about Bitcoin

This year, the digital currency has gained a third of its value. Set concerns that things go even higher.

Other experts, on the other hand, consider Bitcoin to be sensible in order to protect themselves against bad behavior. They include Christopher Wood, a strategist at Jefferies. “It might make sense to buy Bitcoin before the next halving event.” There are now numerous vehicles for professional investors to invest in cryptocurrencies

The opinion of the experts

Volatility and development. The fact that Bitcoin made the jump from $1,000 to around $20,000 within a year means that some can predict with certainty that the huge bubble will soon burst with an equally huge roar.

From the exact same development, the experts in the counteraction are certain that Bitcoin can rise to the 100,000 mark.

Decentralized with a touch of anarchy

If some condemn Bitcoin because it is beyond the influence of central banks, monetary authorities and states as a “democratic” currency, others celebrate Bitcoin as an alternative currency of the future for exactly the same reasons.

Some claim: “Bitcoin is not money”, on the grounds that money has to be “a medium of exchange, an arithmetic unit and a store of value” according to the current teaching – and they see none or not all of these criteria fulfilled. With exactly the same “evidence”, the other Bitcoin declare money because they believe: 100 points for the Bitcoin for all criteria.

Does the Bitcoin have an inherent value?

With the same reasons which experts use to deny Bitcoin a real equivalent, other experts “prove” that fiat money or gold also exists without inherent value and ultimately only lives on trust.

The list of aspects and expert opinions can be expanded as desired, each point ends with the same result: black or white consideration, interestingly as a pro or a contradiction, often explained and supported by pretty much the same arguments. If the same arguments lead to completely different conclusions, this may have to do with the fact that supporters of the old and new economies are throwing gauntlets around their ears. This is interesting, but it does not provide any facts or clarification.

Experts do not help us because there is no expert knowledge at the moment, only opinions about a new phenomenon that cannot be measured by past experiences.

Digital currencies may differ in a number of characteristics, the key of which are: a way to integrate into the monetary system; emission technology; currency storage method; settlement mechanism and degree of anonymity. The study showed that the main incentives for the introduction of digital currencies are the possibility of providing an alternative and universally accessible legal tender, as well as providing faster, more transparent and cheaper domestic and cross-border payments.

And for the second time, I advise who read that to start in this field as soon as you can immediately.