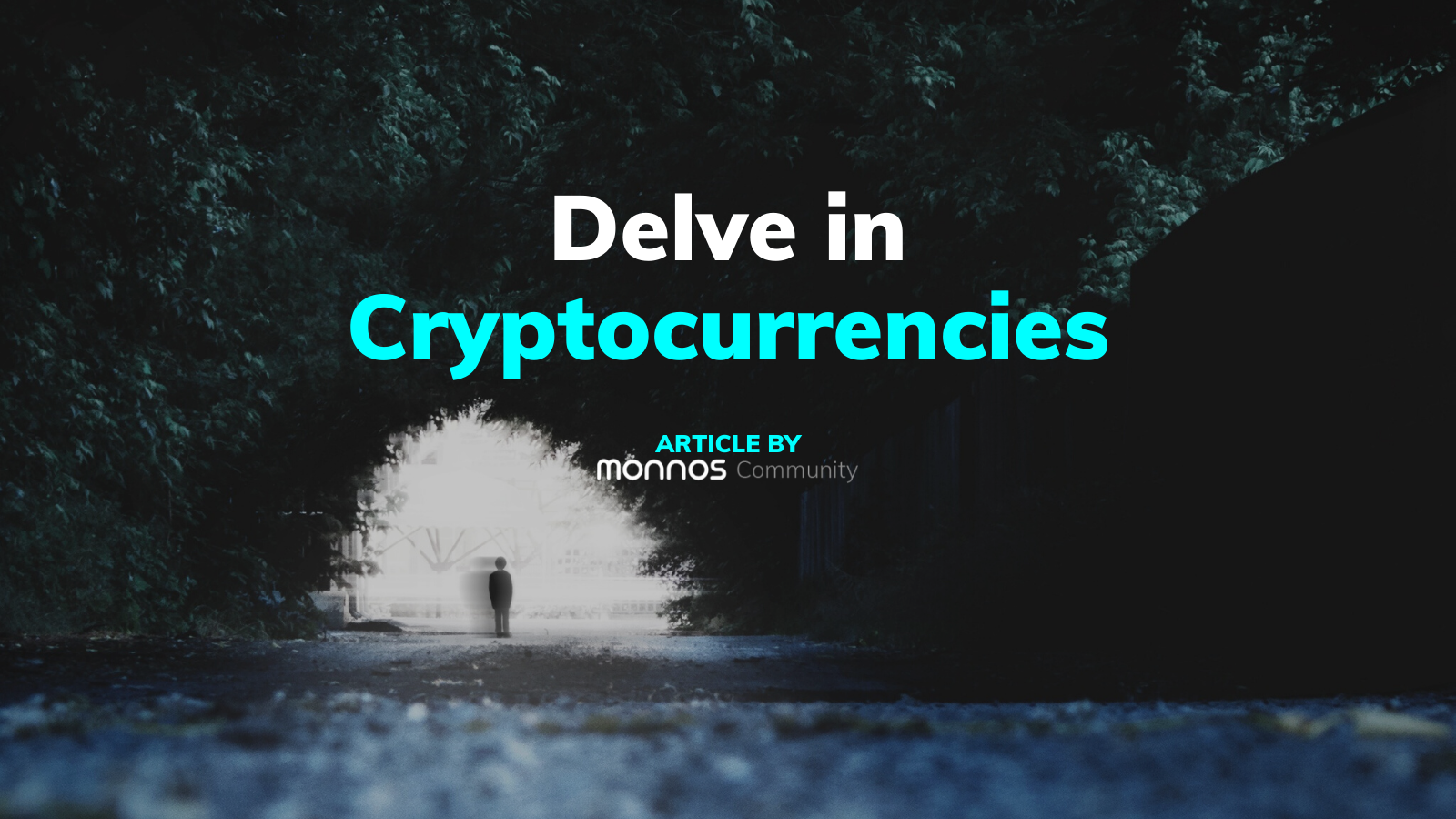 Central banks have been the traditional response to frequent fiscal problems. Due to the financial crisis, in recent years, several bank bailouts and the bailout of entire nations were made at the expense of large central currencies.

The prospects for a peer-to-peer (P2P) currency, without the need for a central bank, serve the desire of a fraction of the public. Even though these assets are currently in their infancy, it is possible that bitcoin and other digital assets can have a great long-term effect on the traditional payment system (GANDAL; HALABURDA, 2014).

Crypto assets (especially bitcoin) should not be classified as currencies as they do not meet the minimum requirements to be called “currencies” in the light of established monetary theory. Our analysis assumes that “cryptocurrencies” are financial assets, since most users invest their money, as a way of speculating in the short term or investing in the long term.

Thus, the concept is closer to that of a financial asset, priced in dollars, highly volatile and with strong appreciation. Over the past decade, a wide range of digital currencies like Bitcoin, Litecoin, PeerCoin, AuroraCoin, DogeCoin, and Ripple have emerged.

The most prominent of these is Bitcoin, in terms of volatility and price. Market volatility and huge price movements over the past few years are unusual for traditional assets, suggesting that there must be other determinants in pricing, which are specific to digital assets

Let me take you on a journey to reach your fullest potential with information about The future of the world and the future of trading, buying, selling, shopping, and all the financial life by talking in that article about the digital currency.

It is a type of digital currency that is used as an alternative to the current money system. The abbreviation «crypto» comes from the term cryptography, which is another complicated word for encryption systems and Digital currencies are legal means of payment, but they also have a lesser image. The reason for this is that criminals have also discovered this digital currency. Apparently it is an attractive way for them to launder their illegally obtained money.

In addition to an advanced encryption system, cryptocurrency uses a called ‘proof of work’ scheme. This scheme is used to generate the digital coins, to check for authenticity and to trade with them.

The scheme and the cryptographic system can in fact be described as a piece of encrypted codes in which transactions are stored. Every time a new transaction is added to the schedule, this code is extended with a new encrypted block of code. It creates, as it were, a chain of encrypted blocks of code that gets longer and longer. This scheme is therefore called the «Blockchain».

In 2009, the digital currency «Bitcoin» was created by a person or group who consider themselves Satoshi.

However, the concept of «cryptographic money» is much older. This form of an independent monetary system is a kind of newsletter that focuses on cryptography and its influence on society.

Let’s look at the benefits specifically.

Although it’s already obvious, you don’t have to carry it because it’s digitized, not something. The wave of cashlessness is finally rushing to Japan, but it is not whether Suica can be used in stores, but whether digital Japanese yen can be used.

In Japan, if you drop your wallet, you will return with a high probability. But what about dropping money? Even if you claim that you have the 10,000 yen number XX, the chances of finding it will be infinitely zero.

However, if it is digitized, the risk is reduced. We don’t know what form we will hold, but the risk of loss will be low if the data remains even if the device is lost, such as electronic money.

Cash holders don’t know, so go to an account, etc.

If thorough confirmation is taken to prevent antisocial groups from holding in Japan,

Of course, risks can be considered.

If you don’t follow security measures properly, you may be able to tell who has what and how much money. For cryptocurrencies without anonymity, it is possible to identify the holder by keeping track of the cryptocurrency address.

(4) Among the reasons they can highlight

The inefficiency of current financial services;

Disbelief in the current political system.

In addition, there are big risks of virtual currency such as Hacking.

«Future» brought by the digitalization of money

In the first place, it seems that Facebook’s virtual currency project, “Libra (Libra)”, has influenced central banks around the world to shift to digital currency. Countries disagreed with Libra’s announcement.

Then, China announced that it would focus on the blockchain with a view to issuing digital currencies similar to Libra. It is thought that these movements accelerated the discussion and research on digitalization.

How you can sell or buy bitcoin or another currency and what benefits and secure things?

– From a technological point of view, the big innovation is the introduction and use of Blockchain

– The blockchain prevents duplication of currencies in the system.

– When a transaction is made directly between the agents involved, a message is generated containing the amount, the recipient, an algorithm and a signature.

– The transaction is verified by the users of the system (which is trivial).

– However, for it to be effective, it needs to be validated by network users.

– The validation process occurs from the solution of a complex computational cryptographic problem, which is done by the “miners”.

– Miners receive a fee on charges.

– The remuneration in general varies over time and the level of difficulty of the problem is dynamically adjusted.

– After a period of time, a set of transactions forms a block, which is added to the chain.

– The blockchain is accessible to all users (it records all extensions that have occurred over time).

– The validated operation will transfer the resource to the Bitcoin recipient’s “wallet”.

– A “wallet” is a collection of Bitcoin private keys.

Why does it matter that it’s decentralized?

At their heart, cryptocurrencies are basically just fancy databases. Bitcoin, for instance, is a big database of who owns what bitcoin, and what transactions were made between those owners.

In its own way, that’s little different from a conventional bank, which is basically just a big database of who owns what pounds, and what transactions were made between those owners.

But the distinction with bitcoin is that no central authority runs that big fancy database. Your bank can unilaterally edit its database to change the amount of money it thinks you have, and it does so often. Sometimes that’s to your advantage (if your debit card gets stolen and used, for instance, your bank will just return the money) and sometimes it’s not (if your bank thinks you’re money laundering, it will freeze your account, potentially crippling your business).

With bitcoin, no one can do either of those things. The only authority on the network is whatever the majority of bitcoin users agree on, and in practice, that means nothing more than the basic rules of the network are ever enforced.

Is this all about crime?

But if you are planning to commit financial crime, store illegal downloads, or host pirated videos a decentralized version of those services becomes much more appealing. That’s why bitcoin, for instance, has become the currency of choice for online drug dealers and cybercriminals demanding ransoms to restore hacked data.

You keep saying “blockchain”. What does that actually mean?

The concept of the blockchain lies at the heart of all cryptocurrencies. It is the decentralized historical record of changes in the ownership of the asset, be it simply spending a bitcoin or executing a complex “smart contract” in one of the second-generation cryptocurrencies such as Ethereum.

Whenever a cryptocurrency transaction occurs, its details are broadcast throughout the entire network by the spending party, ensuring that everyone has an up-to-date record of ownership.
Periodically, all the recent changes get bundled together into one “block”, and added to the historical record. And so the “blockchain” – a linked list of all the previous blocks – serves as the full and complete record of who owns what on the network.

Anyone can be a miner?

all you have to do is run the bitcoin software in mining mode. The tricky part is being a profitable miner. The actual work of bundling the transactions together is easy, but the real expense comes from the way the winner is selected. Think of it as a raffle, where buying a ticket involves using your computer to solve a very complex, but ultimately useless, arithmetic problem.

To be in with the most chance of getting a reward, you need to solve those problems thousands or millions of times a second to enter the raffle with as many tickets as possible, and that means building specialized computers, negotiating cheaper sources of electricity, or just hacking innocent people and using their hardware for nothing instead.

How are people making so much money?

The value of all the bitcoin in the world at the time this article was published. The short answer is “buying low, and selling high”: the value of one bitcoin has increased from essentially nothing eight years ago, to $1,200 eight months ago, to a high of almost $20,000. Anyone who got hold of enough bitcoin early enough is now really quite wealthy – on paper, at least.

There, you can find two answers. The sympathetic one is that all these cryptocurrencies are, by their nature, scarce assets – only a certain amount exist in the world. If they are to be widely adopted for real-world use, then people will need to buy those scarce assets, and so their value will necessarily be higher than they are today. The current price, in that story, simply reflects the probability that any particular cryptocurrency will actually be widely used.

Is there trouble ahead?

That collective greed has fuelled a speculative bubble that will eventually come crashing down. As people hear stories of others making money from cryptocurrencies, they buy their own – which inflates the price, creating more stories of wealth and more investment. The cycle continues until eventually, the price of the underlying asset is out of kilter with reality. Eventually, the bubble bursts and a lot of people look around to find they’ve lost everything.

-Despite the recent interest in cryptocurrencies, their effective use as a currency is not yet present in large-scale economies.

– Acceptance of cryptocurrencies as a means of payment is not neutral from the point of view of the efficiency of central banks’ monetary policy.

– However, it is undeniable that the technological advances provided by cryptocurrencies have brought (and will bring) great benefits, with emphasis on the Blockchain.

– Cryptographic money can best be compared to mining gold from gold mines. Obtaining digital money is therefore also called «mining» in the world of cryptography, for which special miners are used.

Nowadays there is a lot of public for digital money. According to many, this is due to the unstable economic situation in the world. More and more people are seeing the added value of decentralized money systems because they fear a global banking crisis.

With the arrival of more and more acceptors, it is becoming increasingly interesting to use crypto. For example, you can now spend Bitcoin in quite a few places in the Netherlands. Among others Thuisbezorgd.nl accepts Bitcoin.