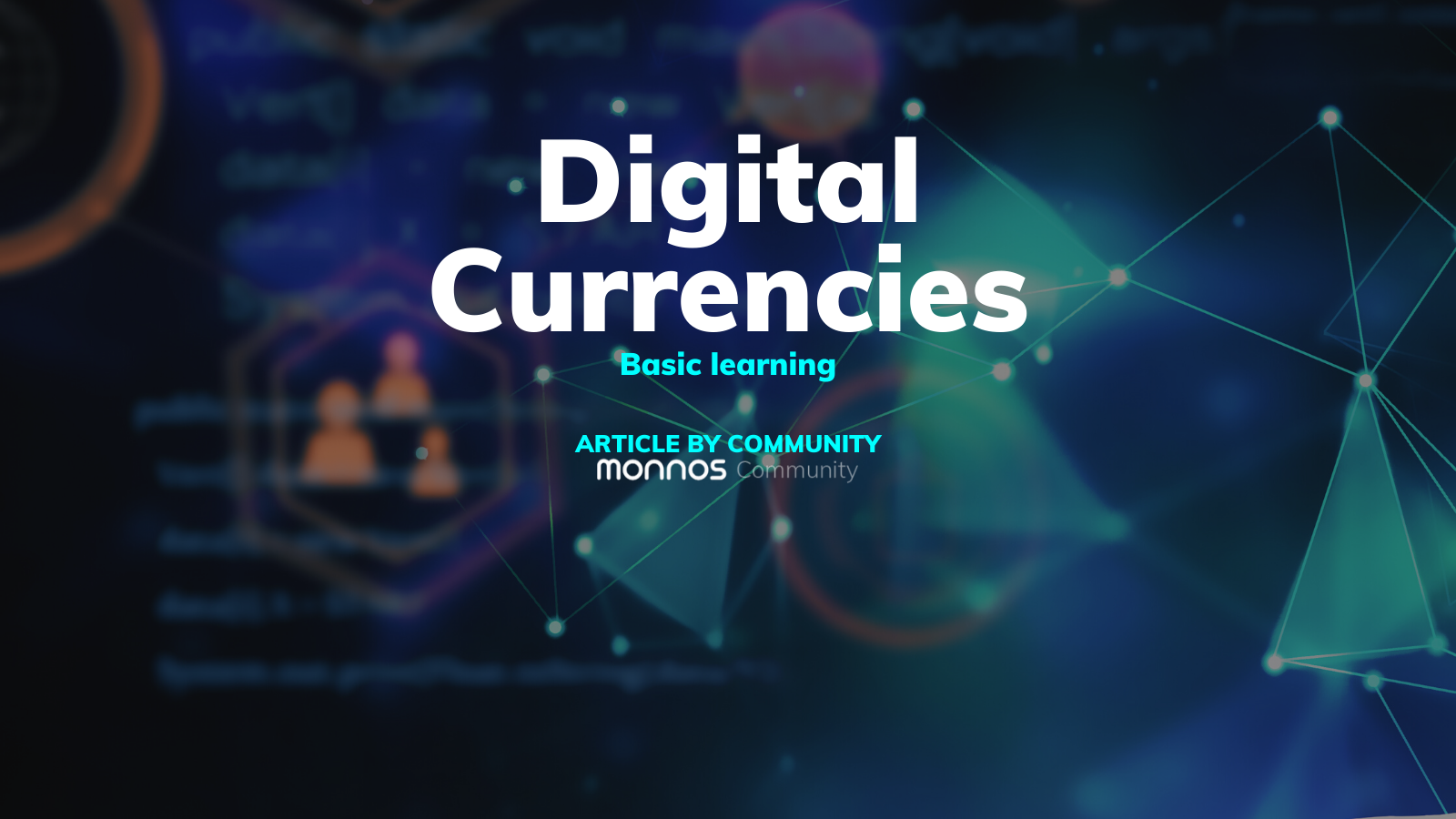 If you want to know the mean of the digital currency, I can help you, let’s get the terms right.

It is a type of currency available only in digital form and has no physical presence (such as banknotes and coins). It has properties similar to physical currencies, but it allows instant transactions and unlimited transfer of ownership. Examples include virtual currencies, cryptocurrencies, or even “digital compulsory cash” issued by the central bank. Similar to traditional money, these currencies can be used to purchase goods and services, but they can also be limited to specific societies such as for use within an online game or social network.

If you were to look up the term ‘cryptocurrency’ you would get something like or similar to the following definition: A digital or virtual currency, that uses cryptographic encryption techniques to generate units of the currency and verify transactions. It is important to add, however, that many use the term ‘digital currency’ interchangeably with ‘cryptocurrency’. Why it is important to make a distinction will be covered later, but first, let’s substantiate the claim that the terms are used interchangeably.

In my opinion, the cause the digital currency increased is the development of information technology and the emerging of a number of new innovations is taking place in the area of retail payments known as electronic money (e-money). This development influencing the banking industry due to the increased use of a pre-paid card, e-purse, and wires of money orders, e-banking, e-loans, These innovations have the potential to challenge the predominant role of cash for making small-value payments and could make retail transactions easier and cheaper for consumers and merchants. However, they also raise a number of policy issues for central banks because of the possible.

E-money as just defined differs from so-called access products, which are products that allow consumers to use electronic means of communication to access otherwise conventional payment services (for example, use of a standard personal computer and a computer network such as the Internet to make an account credit card payment or to transmit instructions to make funds transfers between bank ). The significant novel feature of these access schemes is the communication method (e.g. the use of a computer network rather than a visit to a bank branch) and so, although they are of interest, they do not raise the same concerns as e-money schemes.

Why you learn or even knew about that currency I can also help you.

no one now can live without having the ability to buy anything online or even to become a normal human as now everything becomes digital or even become online not in the real-life, this currency will focus on the development of electronic money and its impact on the central bank role and monetary policy. Here  the focus is primarily on the forces sustaining the development of e-money and on the central bankability to conduct monetary policy in the presence of e-money, you can ask yourself some question before start learning about that :

1- Does electronic money considered as a form of inside money similar to the banknote or even the usual currency?

2- If this is the case, does this situation challenge the control of the central bank over the supply of money? In other words, will the monetary policy still be efficient?

but the problem is that there is a problem in the second question I asked you before to answer, Digital money products have the potential to replace central bank currency. This quote indicates that system and monetary policy. While this topic is controversial it seems obvious that some changes will result and that there is no perfect answer to predict this new instrument’s effect on monetary aggregates and the role of central banks. It would be very easy for anyone interested in digital currency right now to focus on Bitcoin which is actually only a tiny element of what is covered by the term ‘digital currency’. To define cryptocurrency well we first need to understand what separates it from other digital currencies

It would be very easy for anyone interested in digital currency right now to focus on Bitcoin which is actually only a tiny element of what is covered by the term ‘digital currency’. To define cryptocurrency well we first need to understand what separates it from other digital currencies.

Now, how you can get the digital currency?

Initially, it was an easy process and anyone and anywhere can review and start producing digital currencies through free special programs that work to solve complex issues or do the mining or mining process where individuals dig for digital currency through complex calculations and algorithms. The path of open source software that individuals can access, but with the rapid development and increase in demand for digital currency, it has become complicated and common for ordinary people, because it is an expensive and laborious process and needs very sophisticated means, so big investors have tended to employ for the mining companies, which are in turn exploration of digital currencies and submit them to individuals

Digital currencies, are decentralized currencies, meaning that no government or institution can control are controlled by a technology called “Blockchain” and I can define it as a non-negotiable electronic book of accounts for economic transactions that can be programmed, not only to record the production of more of them. Cryptocurrencies financial transactions, but for everything that has value.

Mean, that every economic or financial transaction that takes place on the system is recorded and coded in a block, and linked to the other blocks to form a chain of blocks, did you understand or what? I hope so

These currencies can be used in many matters, whether it was intended for sale and purchase, or was intended for trading in financial markets, or even the purpose was to save currencies until their price rises and then sell and benefit from them, and you can rely on digital currencies, without other currencies Because of the many advantages that are:

1- High speed, as you transfer the money you want in seconds, unlike the traditional bank method that takes days.

2- The very low cost, such as the cost of Bitcoin money transfers is almost free or negligible.

4- Cryptocurrencies can deal from anywhere and anywhere, they are considered transboundary, and there are no differences in currencies, so it became very easy to send money to someone close to you who lives in a place far from you, without the need to adhere to banking restrictions or other money transfer companies

5- Not to reveal the identity of the user, as the digital currencies depend on the peer-to-peer system, meaning that there is no intermediary or third party between the sender and the receiver, and no one knows anything about the sale and purchase process except the sender and the receiver, they are only two of the third between them, which supports privacy and security for your transactions.

The most famous and best digital currency

In 2009 our first cryptocurrency appeared  which is called, Bitcoin.

In 2013, one of the most popular digital currencies, Ripple.

In 2015, The second most famous and best digital currency ever, Ethereum, which threatens the government’s job function, as this system allows the creation of smart contracts in a way that traditional contracts, makes sure that all terms of the contract have been done and ensures that no conditions of the contract are violated, and it is precisely the role of the authority in real life.

Bitcoin’s features of decentralization and anonymity have made it the preferred currency for a group of illegal activities including money laundering, drug sale, smuggling, and arms purchase, which has made it attractive to the attention of government regulators and other government agencies combating illegal activities, Despite the drawbacks of the bitcoin coin, it managed to succeed and many other digital currencies began to appear, such as Litecoin, Ripple, Ethereum, her besides Bitcoin

Bitcoin became a buzzword overnight. A cyber enigma with an enthusiastic following, it pops up in headlines and fuels endless media debate. You can apparently use it to buy anything from coffee to cars, yet few people seem to truly understand what it is. This raises the question: Why should anyone care Bitcoin is the core of cryptocurrencies and was first launched in 2009 when the cryptocurrency movement generally begins. Bitcoin – and the blockchain technology it works on – was invented by an individual or group of individuals working under the pseudonym Satoshi Nakamoto. Bitcoin coins were offered as an alternative to the fiat money system. So far, the true identity of Satoshi Nakamoto has not been revealed.about bitcoin

The way that Bitcoin solved the issues of trust that made a decentralized currency impossible to achieve was the invention of the Blockchain.

Bitcoin remains the most popular currency ever, and its price action has a strong impact on the rest of the cryptocurrency market.

This is a tremendous introduction to Bitcoin. If you are not technically minded, it’s as good as you could possibly hope for.

Now you know what digital currencies are, how they work, and what makes them the innovation of the times,

On the other hand, if you are a bit of a technophile, perhaps you may want to look for the fine detail by love this field

The revolution is already taking place, investors are increasing in demand for digital currencies, and banks and governments recognize that this invention has the potential to attract many, so digital currencies are a strong alternative, and if this trend continues to prevail, the average person will not be able to buy one full bitcoin within years, and with global economies swelling and showing Signs of deflation in the markets The world will turn to Bitcoin to hedge against failed unrest and escape capital controls. Bitcoin is the outlet and the crypto as a whole will not disappear but will grow in use and acceptance.

Many see that within two years from now digital currencies will gain legitimacy as a protocol for commercial transactions and small payments, and we will see financial companies that use digital currencies because they have no fees and have the immediate ability to transfer any amount of money.

Planning in managing capital and setting goals before entering this field is very important, as they help you in making decisions during one of the possible scenarios, and it is very important that you do not start with the entire capital and only in order to learn from the mistakes that may occur in it. And, with the acquisition of experience, you can grow your investment by increasing the capital gradually.

The future of electronic money is dependent on its growth, the regulation of it, and increased technological advancements that would increase the security of this new instrument.  If in fact it does become widely used in the world it will directly impact the central bank’s control of monetary policy unless the central bank includes it in its measurements of monetary aggregates and regulates its growth and usage.